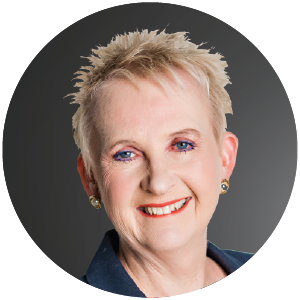 Ms. Spangler is a top-rated trial and appellate attorney with over 30 years of experience in complex commercial litigation and construction matters.  In the words of one of her clients:  “Jori Spangler is a great lawyer, a tenacious fighter and formidable foe to companies and litigants who are your opposition.  Without a doubt, Jori is someone you want in your corner when the fight gets rough, tough and nasty.”

Ms. Spangler’s career highlights include litigating alter ego and piercing the corporate veil issues including representation on appeal; obtaining an Ex Parte Temporary Restraining Order against the Federal Government on behalf of developers and the City of Henderson to prevent a FEMA flood map from becoming effective and then negotiating the dissolution of the Temporary Restraining Order and revision of the map with FEMA; overturning a jury verdict on appeal involving products liability and the economic loss doctrine; obtaining a directed verdict against Hyundai Motor America in a multi-million dollar federal RICO action; and representing a client in connection with the constitutionality of Nevada’s term limits amendment.  Ms. Spangler has also been involved in real estate disputes, banking disputes and contractual disputes including covenants-not-to-compete.

Ms. Spangler was one of the lead contractor/subcontractor attorneys in both the In re Venetian Lien Litigation and In re Aladdin/Desert Passage Lien Litigationin which she defended the validity of mechanics liens against multiple challenges by the owners and lenders.  As a direct result of these two cases, the Nevada Legislature enacted revisions to the Nevada Mechanic’s Lien Statutes and enacted the Nevada Prompt Payment Statute for private construction contracts.  Ms. Spangler has also negotiated and customized multiple AIA construction contracts (stipulated sum, cost-plus-a-fee, design/build) as well as sophisticated non-standard construction contracts.

Ms. Spangler is a lawyer who thinks outside of the box and goes the extra mile in representing her clients.