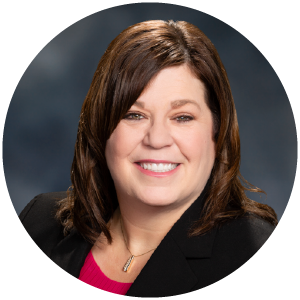 After graduating from the University of Redlands, where she spent a semester at Washington University in its Justice Seminar, and Southwestern University School of Law, native Nevadan Ms. Trazig-Cavaco returned to Las Vegas where she has spent her 25 year plus career as a trial attorney.  She represents individuals and corporate clients in complex litigation matters, real estate transactional and litigation matters, and sureties.

Ms. Trazig-Cavaco has experience in most Nevada State forums, including small claims, Justice Court, administrative hearings and the DMV throughout the State of Nevada from inception of the matter, through discovery, and trial.  She further has represented clients in Federal Court through appeal.  Ms. Trazig-Cavaco has appeared and participated as first chair in trials, private and court-mandated arbitrations, and mediations.  Ms. Trazig-Cavaco has also been admitted pro hac vice in several other states in commercial litigation matters.

During Ms. Trazig-Cavaco’s career she has, among multiple other wins, successfully represented a bro bono client in an appeal of the declination of her unemployment benefits to the Eighth District Judicial Court, prevailed on motions to dismiss for individuals based upon jurisdiction and venue,  prevailed on motions to dismiss in two separate cases for a crematorium client, and successfully defeated a non-compete clause for a subcontractor client.

Ms. Trazig-Cavaco understands the importance of giving back to her hometown.  As such, she has been involved in pro bono cases, the Ask-A-Lawyer program, sat as a volunteer judge in the school truancy court, volunteered through her Soroptimists club, and participated in numerous State Bar of Nevada events and programs including presenting to schools on Law Day.

During law school Ms. Trazig-Cavaco was an Extern to the Honorable Nancy A. Becker in the Eighth Judicial District Court.  Upon graduation, Ms. Trazig-Cavaco spent two years as Judge (later Justice) Becker’s Law Clerk prior to entering private practice.